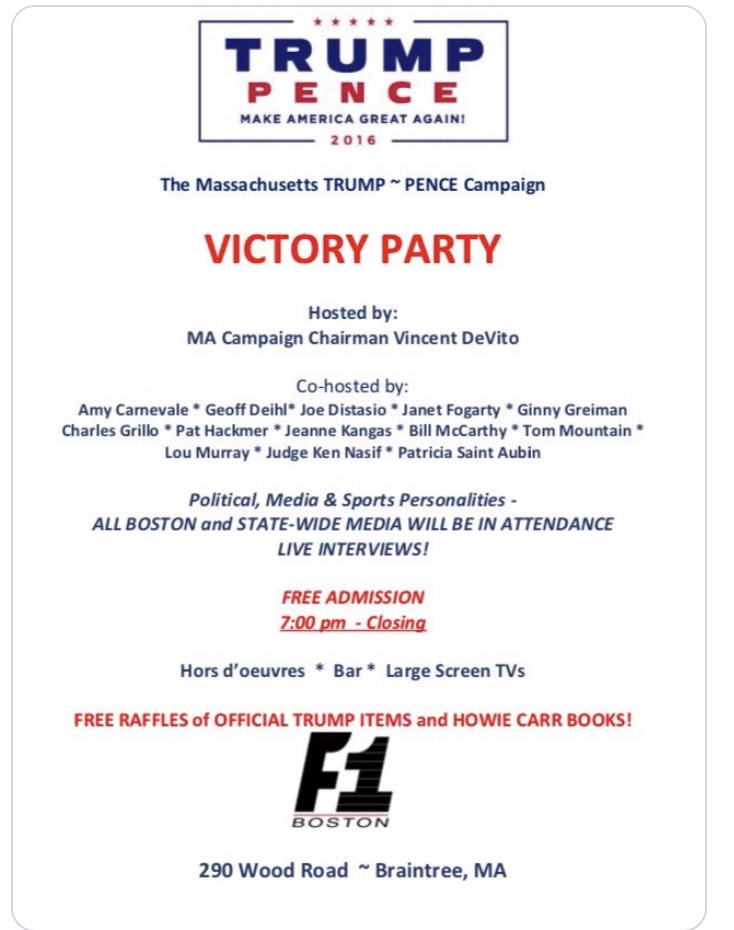 2016 Establishment Republican Party by N/A is licensed under N/A N/A
Geoff... Geoff, Geoff, Geoff.  Are you being less than honest with the people of Massachusetts?

Come on now.  I know this might be a little awkward for you.  So, let's pretend it's just you and me here.  You know, us girls.  Tell the truth now.  After all, you are an Eagle Scout.

Get it off your chest.  You know you'll feel better.  You were not the Co-Chair of the 2016 Massachusetts Trump Campaign, either in the Primary or in the General Election period.  See. Bet you feel relieved.

For example, Geoff, you endorsed Candidate Donald Trump on February 23, 2016 and the Primary was on March 1, 2016.  If my math is correct, that's only like 7 days.  Damn!  Was your Eagle Scout project, "How to master the art of Smoke n' Mirrors?"

Now, in case your memory has been clouded by all that smoke, allow me to clear a path for you.  Do you recall this article?  Bet you put it on your fridge: 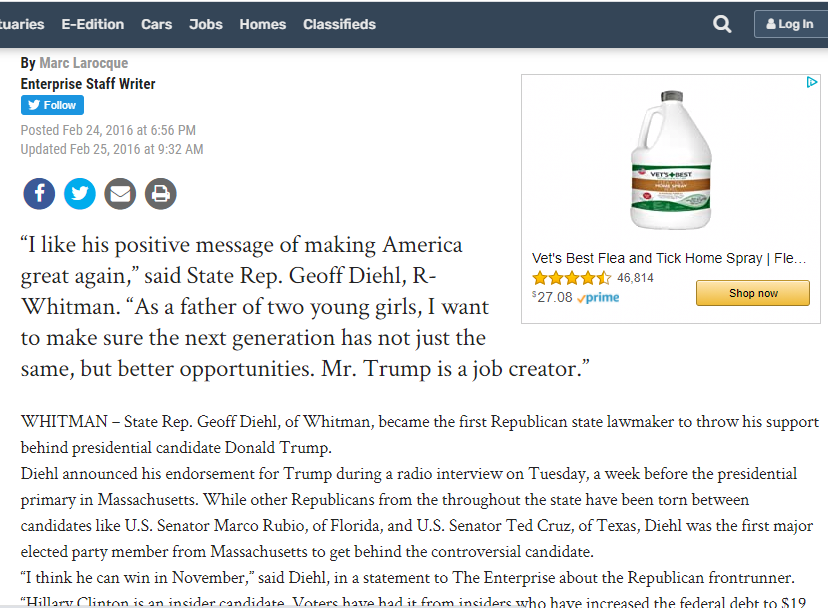 Geoff, you doing okay after that memory jolt?  Do you need to LIE down???  Nah!  Eagle Scouts are tough. They have stamina.  I believe some even have integrity.  You have integrity, right Geoff?

I have to say that this next article surprised me.  Can't say I recall reading it in 2018?  Was this one a little rough for you?  It appears that back then, even some of the Establishment Republicans wouldn't vouch for you.  Some even said that your 2016 Trump role was "honorary."  Why did they say those awful things about you?  Perhaps, you had even forgotten?  Allow me to be a Pal and refresh your memory...

Should we have a check-in, Geoff?  Are you ready for some more...?

Do you recall way back in 2016 that you were going to attend the Victory Party organized by the Grassroots folks?  I will be crushed if you don't remember.  After all, Boy Scout, I was the one getting you all the Trump signs and bumper stickers.  Why was it that you couldn't get those things from the "Campaign" office?  Things that make you go, "Hmmm?"

Boom!  Surprised ya with this next one, huh? If you were the Trump Campaign Chair or Co-Chair, why doesn't it say so on this flyer from 2016?

You and I both know that there is much to tell about this flyer and those who are listed as "Co-Hosts."  Geoff, let's save that for another time.  Nice touch with the alphabetized list of Co-Hosts.  If that went unnoticed by the readers, they might even think you were the #2 guy on the Campaign.  Me thinks that you might have started out in Politics with good intentions, and then, you turned into #2.  And, boy!  You are starting to stink!

I apologize, Geoff.  Did that hurt?  I will try to be less harsh in my next article.  In the meantime, have you checked in with your buddy, Marty Walsh, since he went to DC...?  Is he proud of himself for being complicit in the Chinese Communist Party takeover of Massachusetts...?  Ask him.  I double dare you! 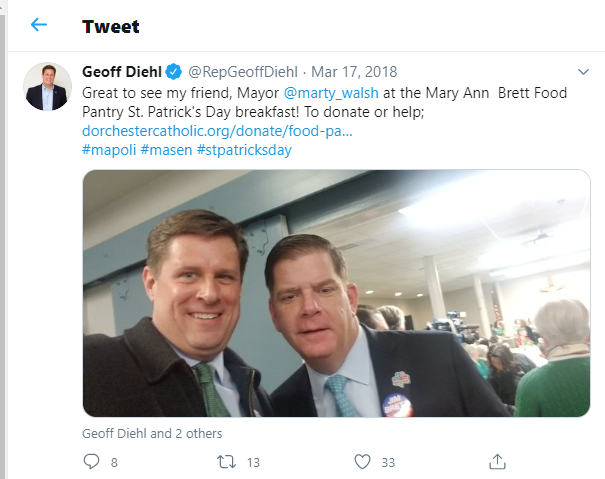 I am Dianna Ploss and I approve this message.