A Thanksgiving Message from Dianna Ploss 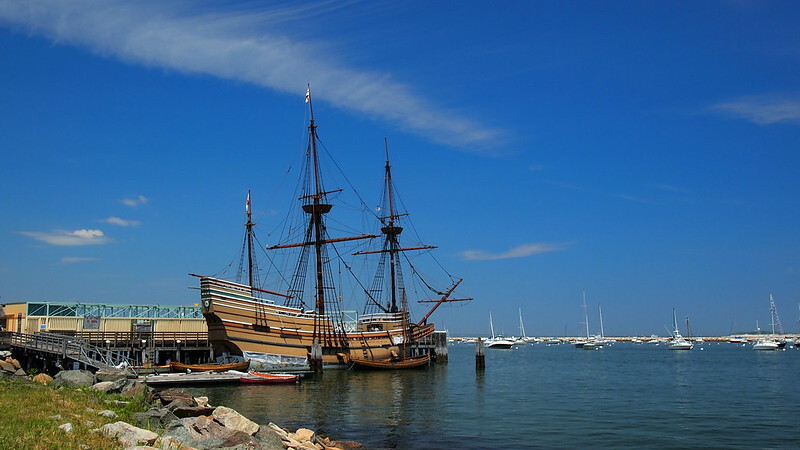 The Mayflower by |vv@ldzen| is licensed under flickr Attribution 2.0 Generic (CC BY 2.0)
The English pilgrims who landed on our shore in Plymouth, Massachusetts were seeking religious freedom in a civil society.  Their goal was to produce prosperity and happiness through their faith in their creator.  Bravely, they fled the tyranny of King James and set out for a new world.  Why?  Because their conscience and faith told them they could not be dictated to by a government that forbade the practice of freedom of religion.

They made their treacherous journey on the faith that God was guiding them.  The history of that journey and subsequent landing in North America can be traced in Governor William Bradford’s journal, ‘Of Plimoth Plantation.’ The Mayflower Compact, signed on the Mayflower near Provincetown, was a voluntary and binding covenant establishing the principle of self-government under God. Thus, the origins of 'One Nation Under God' has its roots in Massachusetts.

I am thankful for the natural freedom given to me by my creator, God, and equally thankful to the founding fathers for having the insight to give credit to Him for their good fortune.  The Pilgrims praised God, not the government. Please remember this...

Tyranny is once again upon us.  Yet, as you celebrate this Thanksgiving holiday, please take a moment to think about those brave pilgrims.  They exemplified courage and bravery in the face of evil by putting their trust and hope in God. The pilgrims fled tyranny for freedom, paving the path for what became Massachusetts, and then the United States of America.

My hope for you is that their example will help give you strength to also put your trust and faith in God and help us stand up to the tyranny we face today.

God bless you and may God bless America.