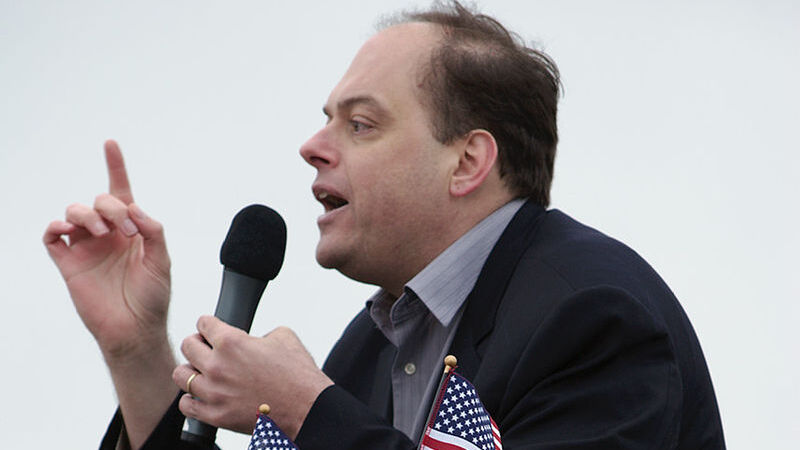 "The Kuhner Man" berates Baker when he's on air, while simultaneously avoiding what has been going on in Baker's backyard for over one year.

Plain and simple:  Kuhner is another controlled-opposition, media puppet.

What else explains Kuhner's complete avoidance of THE biggest Communist story in Massachusetts, the state where Kuhner lives...?

This particular story highlights and exemplifies the ushering in of the One World Government led by the Globalist's violent, Communist foot soldiers.

And yet, nothing is ever mentioned about this by Jeff Kuhner, the supposed "Boston Bulldozer"..

Perhaps, the "Kuhner Man" needs this story to be spoon fed to him...?

Open your mouth, Kuhner, because here it comes...

On December 12, 2020, 80 year-old, Mrs. Linda Greenberg of Swampscott, a white, Jewish woman, was assaulted by a supporter of the violent, Communist group, Refuse Fascism: Out Now.  The assailant's name is Ernst Jean-Jacques, Jr., aka "Shimmy".

The assault of Mrs. Greenberg occurred while a group of us was being surrounded by these violent Communists at our weekly, Swampscott Freedom Rally.

The Swampscott Police allowed this violent Communist group to harass, intimidate and threaten us...

On my Facebook livestream video, you can hear and see Mrs. Greenberg screaming at one of the members of this violent, Communist group telling them to get away from her.

Yet, the Swampscott Police failed to act...

There's a story here, Kuhner.  Time to wake up!

On my Facebook livestream, you can see the assailant, Ernst Jean-Jacques, Jr., swat the small American flag being held by a woman who is standing right next to Mrs. Greenberg...

You can watch this 10-second clip here:
https://youtu.be/Xrxr6ZBAyIs

How come the "flag swatting" by Ernst Jean-Jacques, Jr., that was close to Mrs. Greenberg's face, Jr. is NOT mentioned by the DA in the court documents, even though this occurred shortly before Shimmy's physical assault of Mrs. Greenberg...?

The Swampscott Police failed to act and allowed this violent, Communist group to continue harassing, intimidating and threatening our group for almost two hours.

Since then, Mrs. Greenberg has been the target of this violent, Communist Group, "Refuse Fascism: Out Now"... 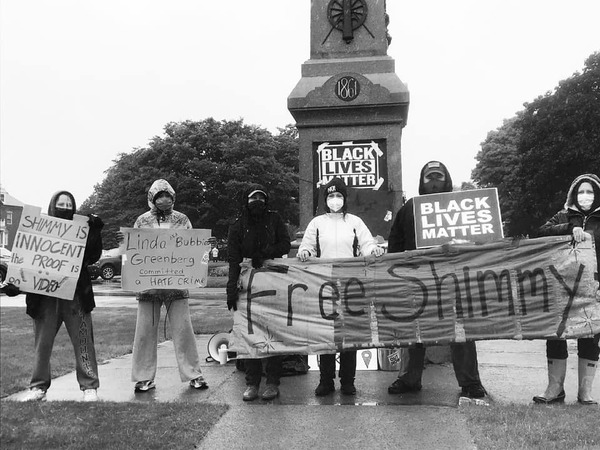 Hey Kuhner!  I've heard you talk about what the Nazi's did in Germany.  A Jewish Woman is under attack in Massachusetts where you live and you are nowhere to be found.

These violent Communists come to Mrs. Greenberg's hometown of Swampscott every week, holding signs asking for her arrest.

Ernst Jean-Jacques, Jr. regularly posts on his social media about the victim, Mrs. Greenberg, too... 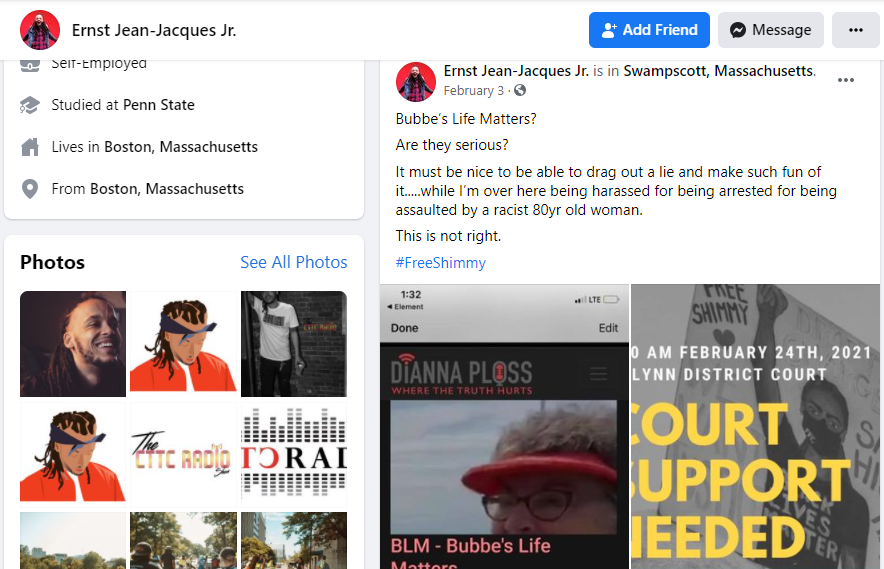 Yet, this violent, Communist gets a free pass.

How is it that Ernst Jean-Jacques, Jr. is allowed to re-victimize Mrs. Greenberg via his social media.

If you or I did this, our bail would be revoked...

Meet Heidi Hiland.  She is one of the Leaders of Refuse Fascism: Out Now, Massachusetts. 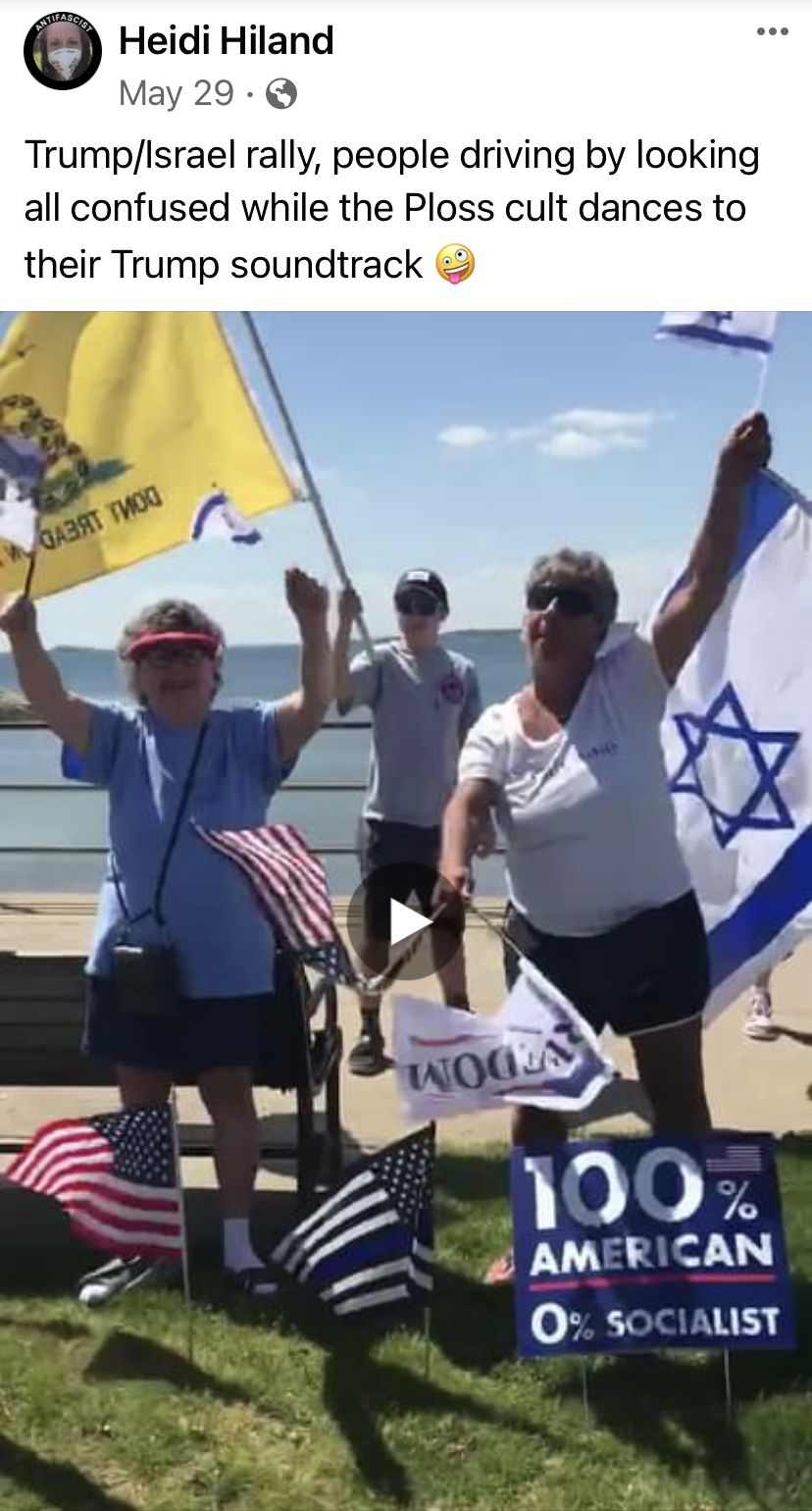 Heidi Hiland was in Swampscott holding this sign and posted it to her Facebook page on June 24, 2021. 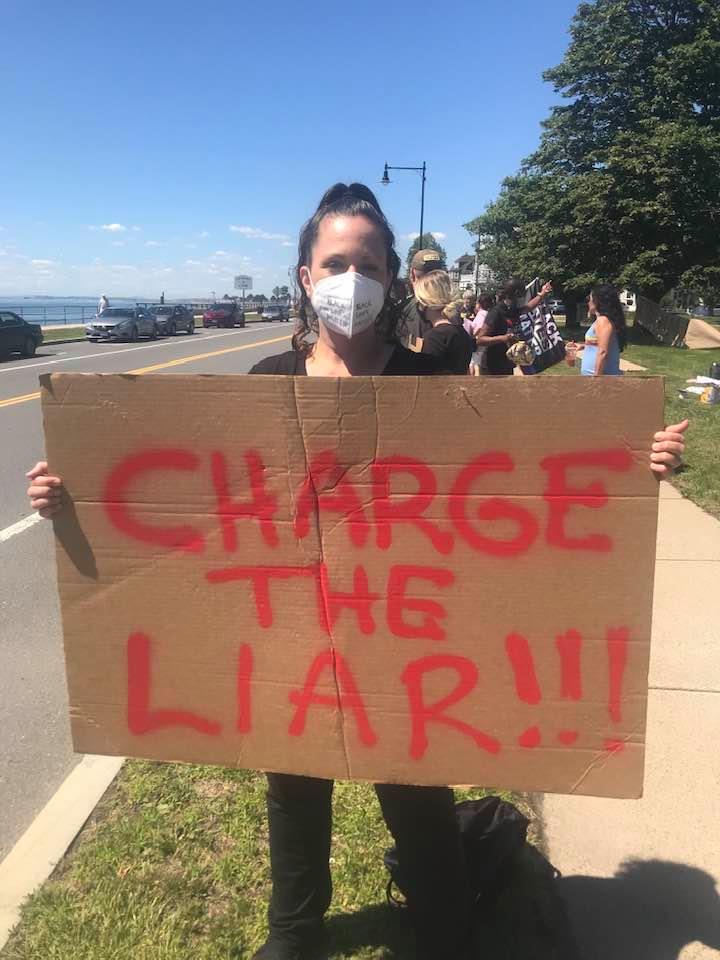 This is Heidi Hiland's group, Refuse Fascism: Out Now, Massachusetts, while they were protesting for Ernst Jean-Jacques, Jr. at Lynn District Court. 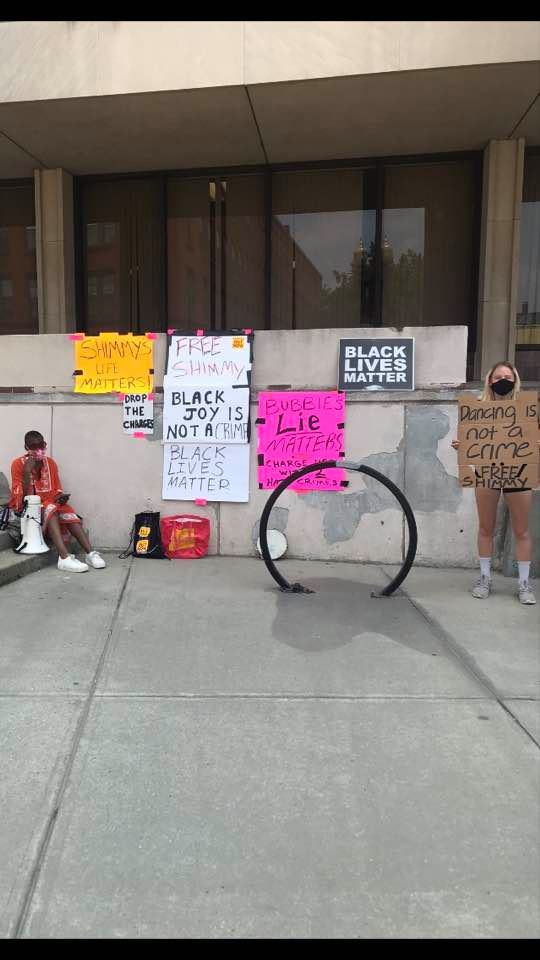 "Bubbe" is the name we use for Mrs. Greenberg.  It's Jewish for "Grandmother".

Are you telling me that it is legal for members of the same group that the perpetrator is affiliated with are allowed to harass and intimidate the elderly victim of a crime...?

Per Trevor Loudon's KeyWiki website, "Refuse Fascism is a front group for the Revolutionary Communist Party."

You can read about them here:

Liberalism is another word for Communism.

The Communists are marching in the streets of Massachusetts and terrorizing its' citizens, while the Police stand by and fail to act.

And, what is Jeff Kuhner doing...?

Playing footsey with Governor Baker, Jim Lyons, and the MassGOP.

But, that is another story...