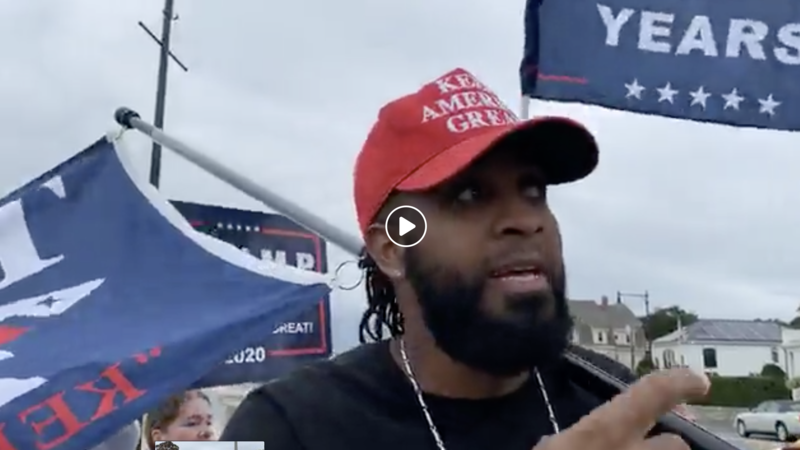 Friends, I had to share this with you, because it demonstrates the importance of what we are doing and who we're up against. So often we have tremendous support and have a great time standing out with our fellow patriots. But this day, BLM knew we were coming and launched a counter protest.

The BLM mob is INTOLERANT of ANYONE who won't take a knee and raise a fist, INCLUDING BLACK PEOPLE. Do ALL black lives matter, or just the ones who agree with the  Leftist Mob? A black patriot was called the n-word by BLM and we were spat on.

Click on the video to see it unfold, and feel free to share. But friends, don't be discouraged - we are happy warriors, and there are plenty of us to counter the Left's visceral hatred!!
event by N/A is licensed under n/a n/a