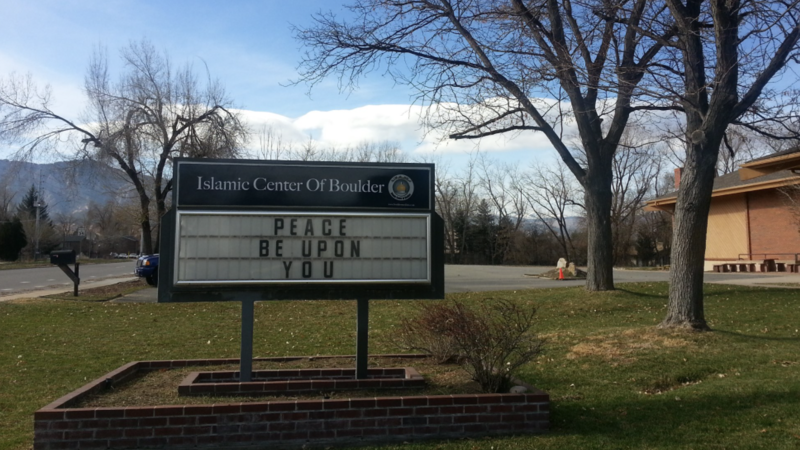 On February 1, 2019, MA Governor, Charlie Baker (R) attended Friday Prayers at the Islamic Society of Boston (ISB), one the largest Muslim Brotherhood mosques on the eastern seaboard.  This particular mosque, aka Islamic Military Installation, has had some interesting characters pass through their doors including the Boston Marathon Bombers, Al Qaeda Operatives and other terrorists.

Shortly after Baker's visit to the ISB, I  sent three emails to MassGOP Chair Jim Lyons, and cc'd  two other MassGOP members, Marty Lamb and Tom Mountain.  I asked when they would be denouncing Baker for his attendance at this Muslim Brotherhood mosque.  After the 3rd email, Jim Lyons responded by blocking me on Facebook.  Marty Lamb responded by filing a Federal Election Commission complaint against my group MA4Trump.  And, Tom Mountain?  Well, after the 3rd email, he responded by saying that it was "old" news.

Moral of the story... Stop blaming the Dems and look within your own house.  America's enemies are lapping at your front door and the GOP has given them your house key.   Dianna

Like almost all of the jihadis who have killed Americans on our soil, this jihadi was known to the FBI.

Like all of the other jihadis, Alissa has a massive support network that trains and support jihadi operations which continues to be untouched by the FBI, DHS, and states like Colorado.

Jihadi organizations like Hamas/CAIR, ICNA, ISNA and its affiliates, MAS, MSA, and so many others operate with impunity in Colorado.

Mosques all over Colorado – and the United States – teach muslims the purpose of Islam is to wage war against the non-muslim community until “allah’s divine law”/sharia is imposed on every human on earth and all un-Islamic governments are destroyed, being replaced by an Islamic State.

Just read the textbooks used for 7th graders in U.S. Islamic schools and you will see it teaches muslim children that sharia must be imposed on all human beings, and that they are obliged to be exclusively loyal to “the Islamic State.”

Colorado is a haven of jihadi activity, yet officials have taken no action since a state task force raided a Jamaat al Fuqra terrorist training camp about 12 miles east of Buena Vista in October 1992.

The FBI, of course, refused to get involved in that investigation.

One clue there is a problem in Colorado is that the leader of Al Qaeda in Yemen, Anwar al Awlaki, was the President of the Muslim Students Association at Colorado State University.
Awlaki was killed by a U.S. missile in 2011, yet that did not trigger anyone to scratch their head and ask, “What actually goes on in those Muslim Students Associations?”

Approximately 10 years ago I met with the Colorado Attorney General John Suthers and layed out the threat from the Islamic Movement to the citizens of Colorado. His response was to say that if people and organizations wanted to non-violently overthrow the Constitution there was nothing he could do.

The Oath of Office does NOT require adherents to protect the Constitution from violent enemies only, but ALL enemies.

This unprofessionalism and criminal negligence is a part of the reason 10 people are dead in Boulder.

The network supporting jihadis like Ahmad Alissa remains untouched by those with a duty to ensure it is destroyed.

The criminal negligence on the part of state and federal officials is also why: 14 people were killed by a jihadi at Fort Hood, Texas; 4 Marines and 1 Navy sailor were killed by a jihadi in Chattanooga, Tennessee; jihadis killed 3 people and wounded hundreds of others – including 17 who lost limbs – at the bombing of the Boston Marathon; a young boy had his neck slit and two others were stabbed by a 17 year old muslim convert during a sleepover in Florida; 1 man was killed and 14 others injured in a vehicular attack in Fremont and San Francisco by a jihadi; 2 teenagers in Irving, Texas were killed by their jihadi father for “dishonoring” him under Islamic Law; the founder of Bridges TV beheaded his wife in New York State; Private Andy Long is dead and Private Quinton Ezeagwula was wounded at an Army recruiting station in Little Rock, Arkansas; a woman was beheaded in her office in Moore, Oklahoma; and why so many others have been killed or wounded by jihadis.

Each of these attacks can be tied to mosques and organizations inside the U.S. which is a part of an identifiable network of jihadi organizations dedicated to overthrowing the government of the United States.

Over the last 20 years, police and federal officials have gone after those perpetrating the violence AFTER THE FACT, but have failed to dismantle the massive domestic Islamic network producing these jihadis/terrorists.

It is nothing short of gross criminal negligence.

It is high time the citizens hold all officials accountable who have failed to rid their communities of the enemies of liberty who work daily to enslave Americans with totalitarian systems like Islam and communism.

UTT empowers citizens to do just that. Join us as we take the fight to our enemies and put FREEDOM back on the offensive where it belongs.