The United Nations in Lynn, Massachusetts 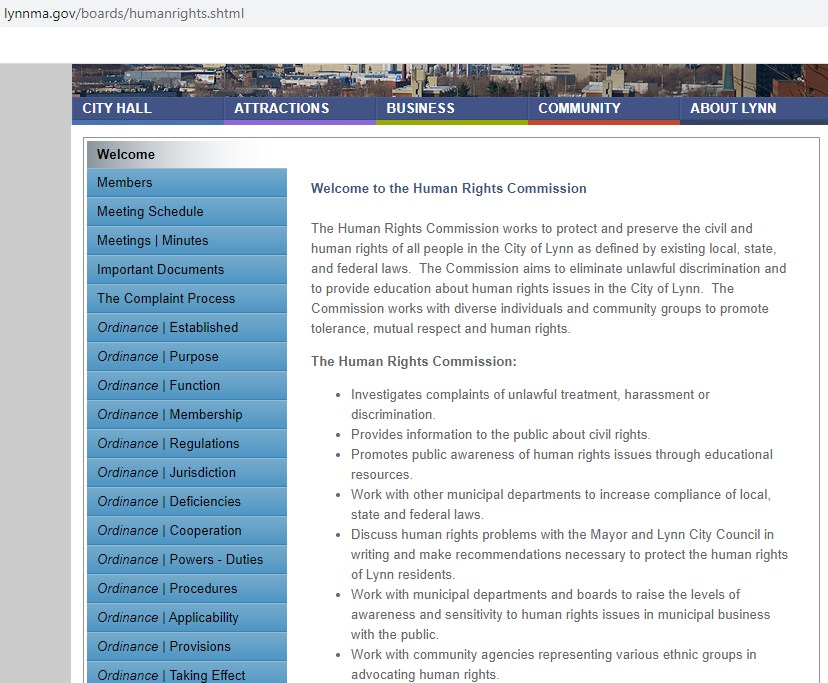 I am writing to you today to discuss Lynn’s “Human Rights Commission” (HRC).  As a life-long Massachusetts resident and a 2022 Independent Candidate for Governor, I am deeply disturbed that this HRC exists in Lynn, and frankly, in any other town/city in America.

Below is a screenshot from the HRC webpage:

What many people do not understand is that this HRC, and others in towns and cities across Massachusetts, are all part of Agenda 2030, the plan to bring all the world under one governing body:  The United Nations.  This is TREASON!

You can help by contacting the people below.  Thanks again!