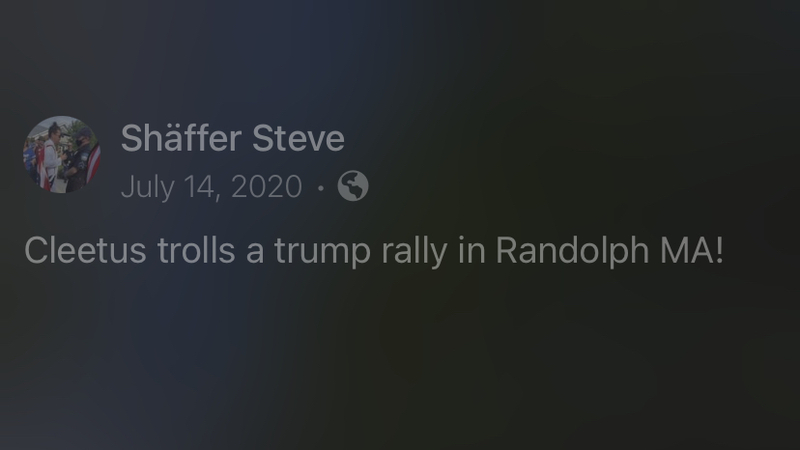 Shaffer_Steve_FB_Post+7-14-20 by N/A is licensed under Shaffer_Steve_FB https://www.facebook.com/stephenschafer
July 9, 2020 - The Predator, Stephen Schafer and one of his accomplices, Michael Picard, traveled from Connecticut to Randolph, Massachusetts to prey upon the unsuspecting people at a ‘Rayla Campbell for Congress’ Rally.  Sadly, Kyle J. Woolf had no idea that he would be harassed and stalked by the Predator until Kyle took his own life on March 15, 2021.

Both the Predator and Michael Picard label their actions, “Free Speech.” And their fans applaud them for these actions, especially when their fans see and hear the reactions from their Prey.  They egg them on!

Not sure how many people would be able to tolerate without reacting, some random person coming up to them on the street and being asked to, “F them in the ass?”  Most people would react!  My contention is that the type of behavior displayed by the Predator and Picard is Criminal and not ‘Free Speech.’

Furthermore, I believe that there is enough evidence to prove that the Predator freely stalked and harassed his Prey in Massachusetts with impunity, while Law Enforcement turned a blind eye.  While Picard’s behavior was more subtle, the Predator’s behavior was clearly overt.  Time and time again, town after town, the Police stood by and did nothing while the Predator sexually assaulted people with his speech.  He scared people!

But you decide…  Below is a small sample of what was said by the Predator at Rayla’s Rally on July 9, 2020:
Michael Picard also did his “thing” in Randolph that day.  But, like I said above, his style is much more covert.  And, given that the Predator’s video was heavily edited, there were only a few moments of Picard's behavior captured:
Now, if you are thinking right now that this is horrible, it gets considerably worse.  It appears that the Predator became aware of some personal information about Kyle J. Woolf shortly after meeting him.  Before I get to that, a little background regarding where this information was discovered. 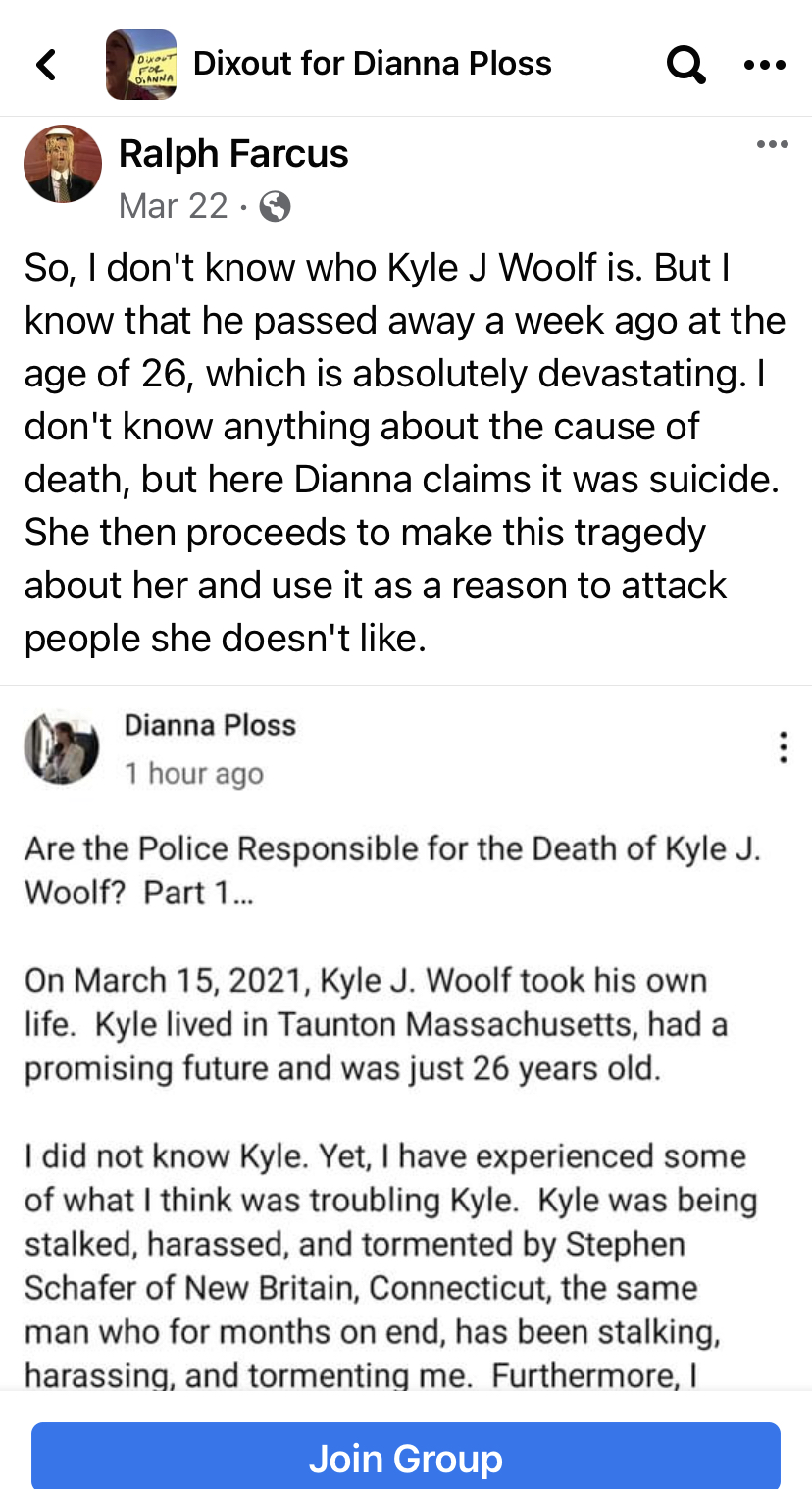 Within 24 hours, the Predator replied to Farcus’ post with this: 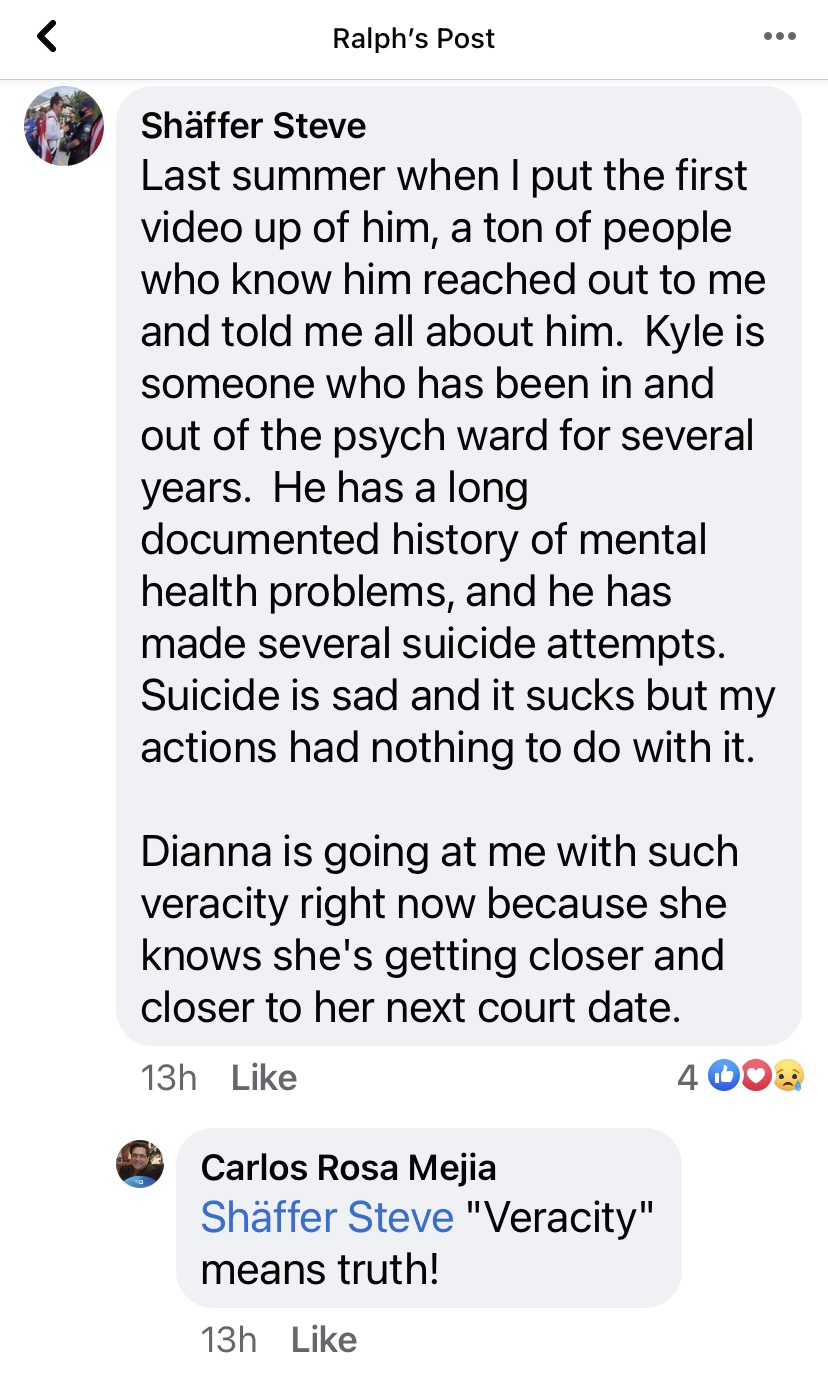 Additionally, the Predator also encouraged his followers to harass Kyle via social media, as evidenced by this: 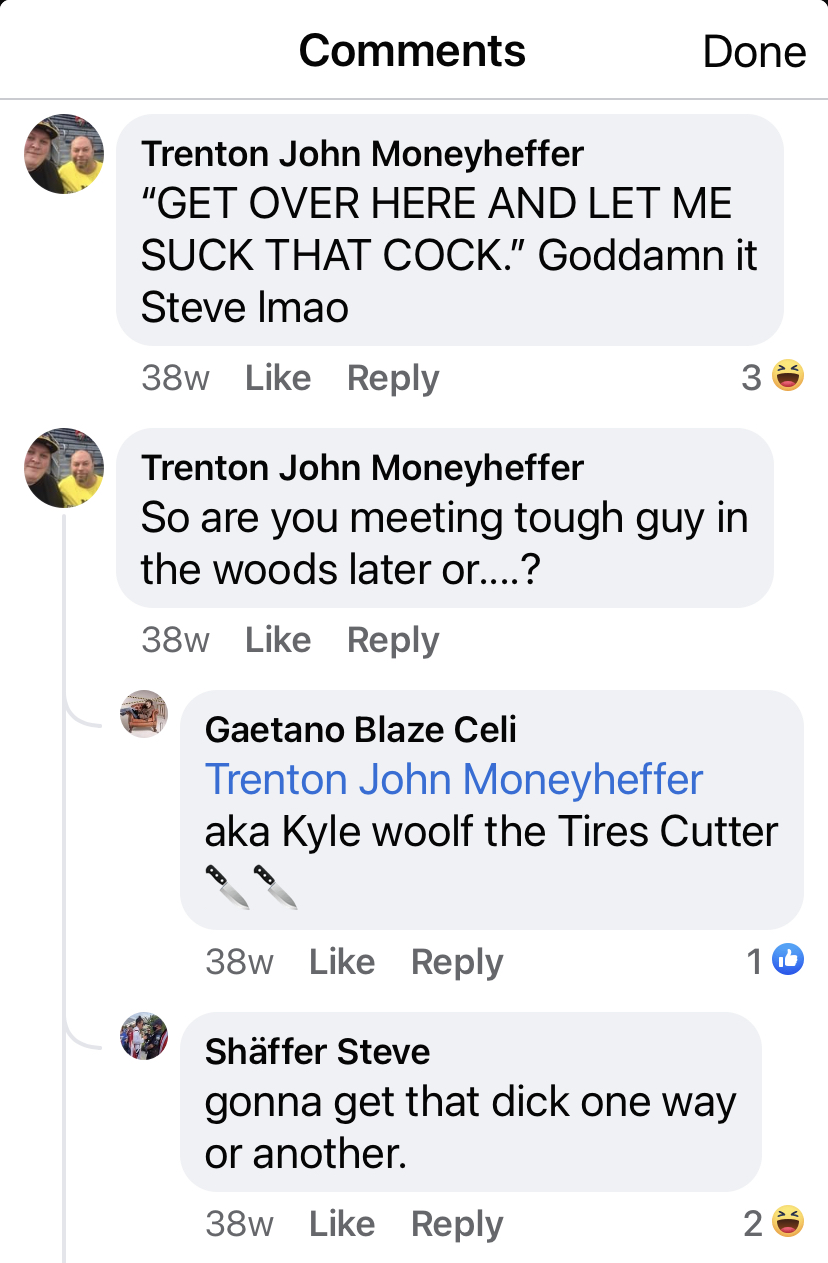 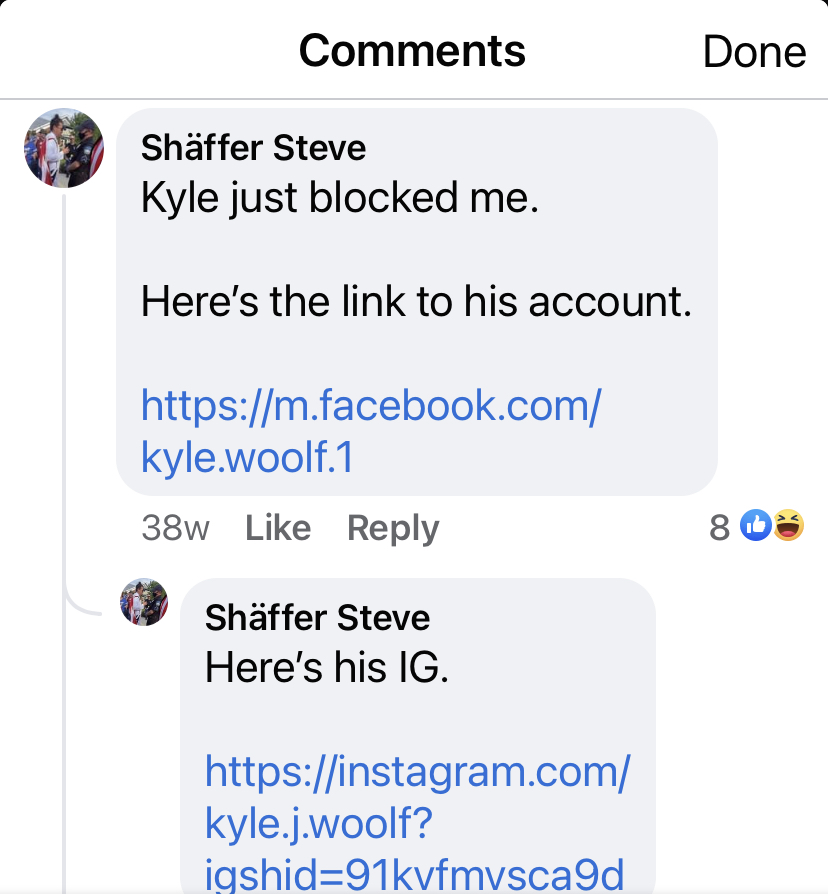 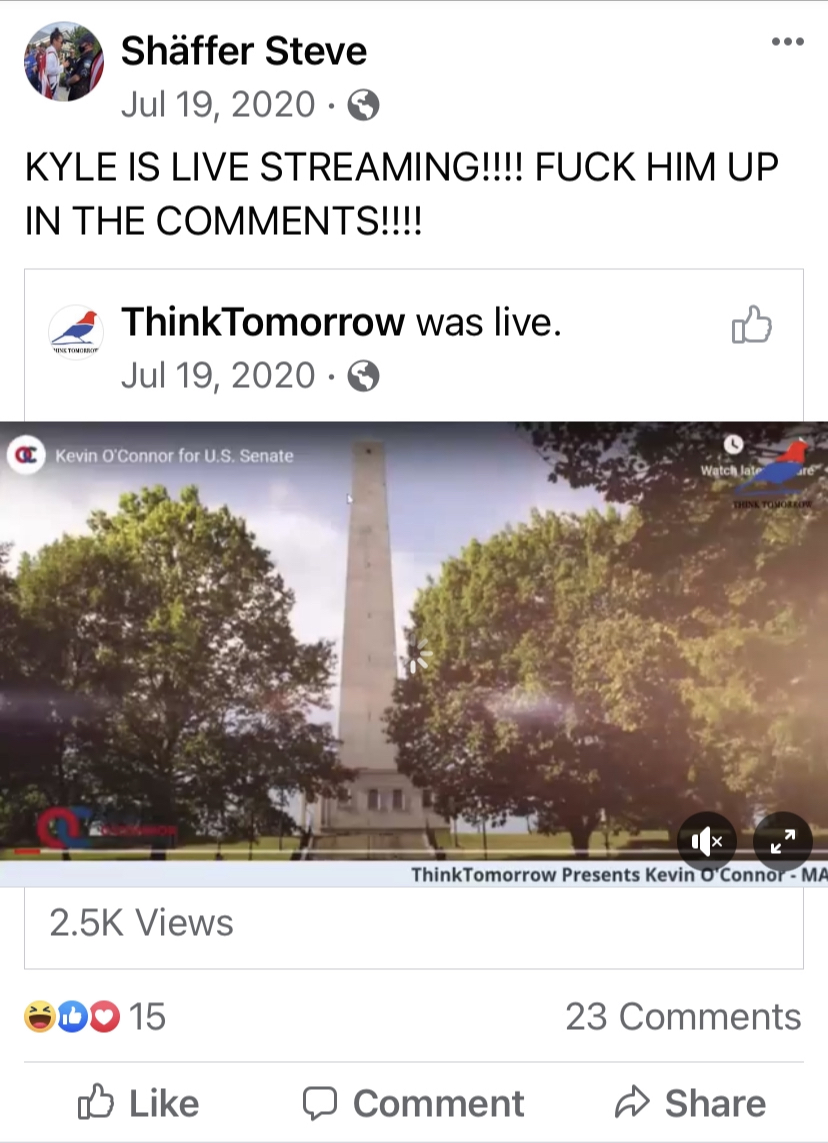 The Predator’s accomplice, Michael Picard, jumped on Kyle’s live stream, made his own comments, and then posted this to his own Facebook page: 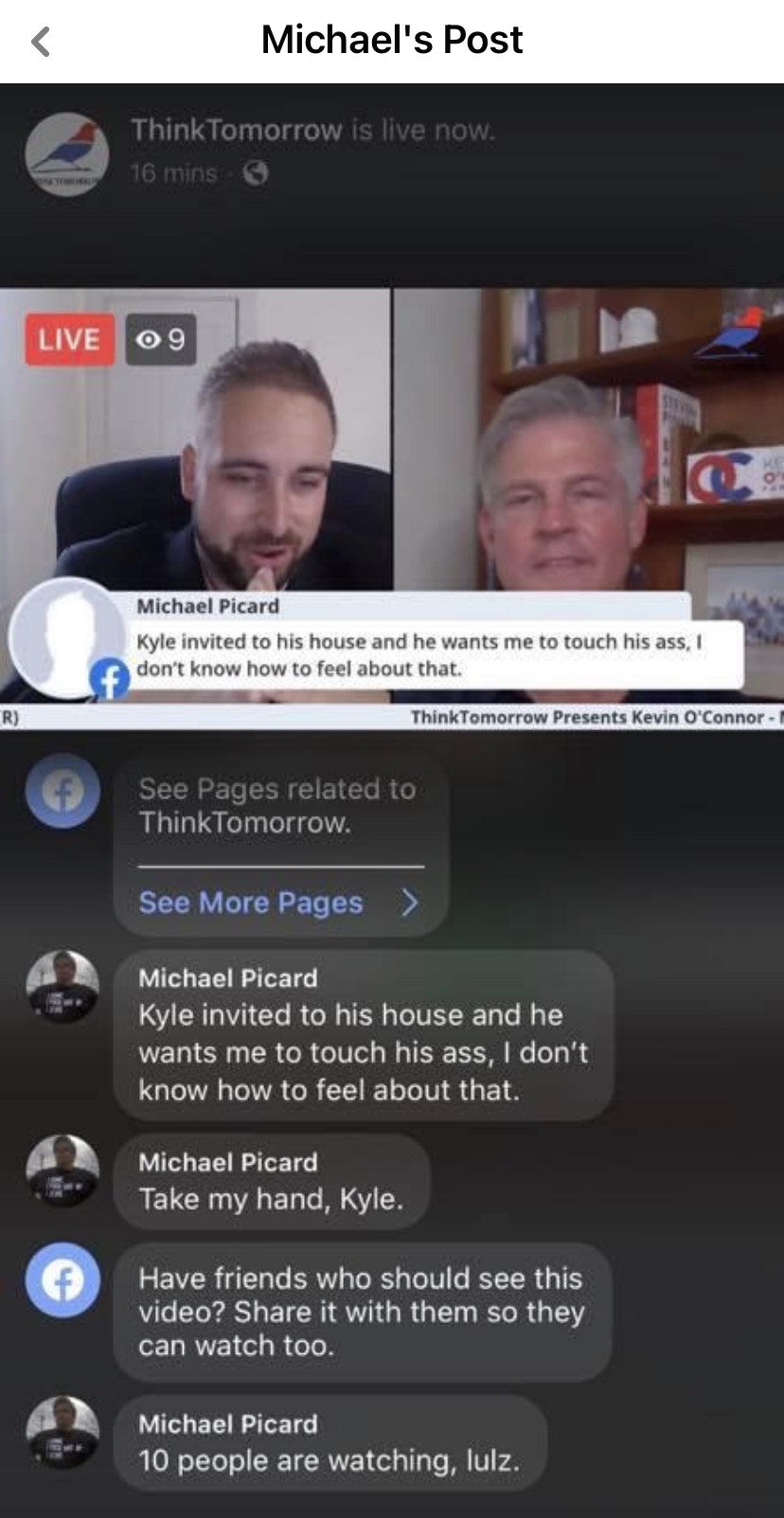 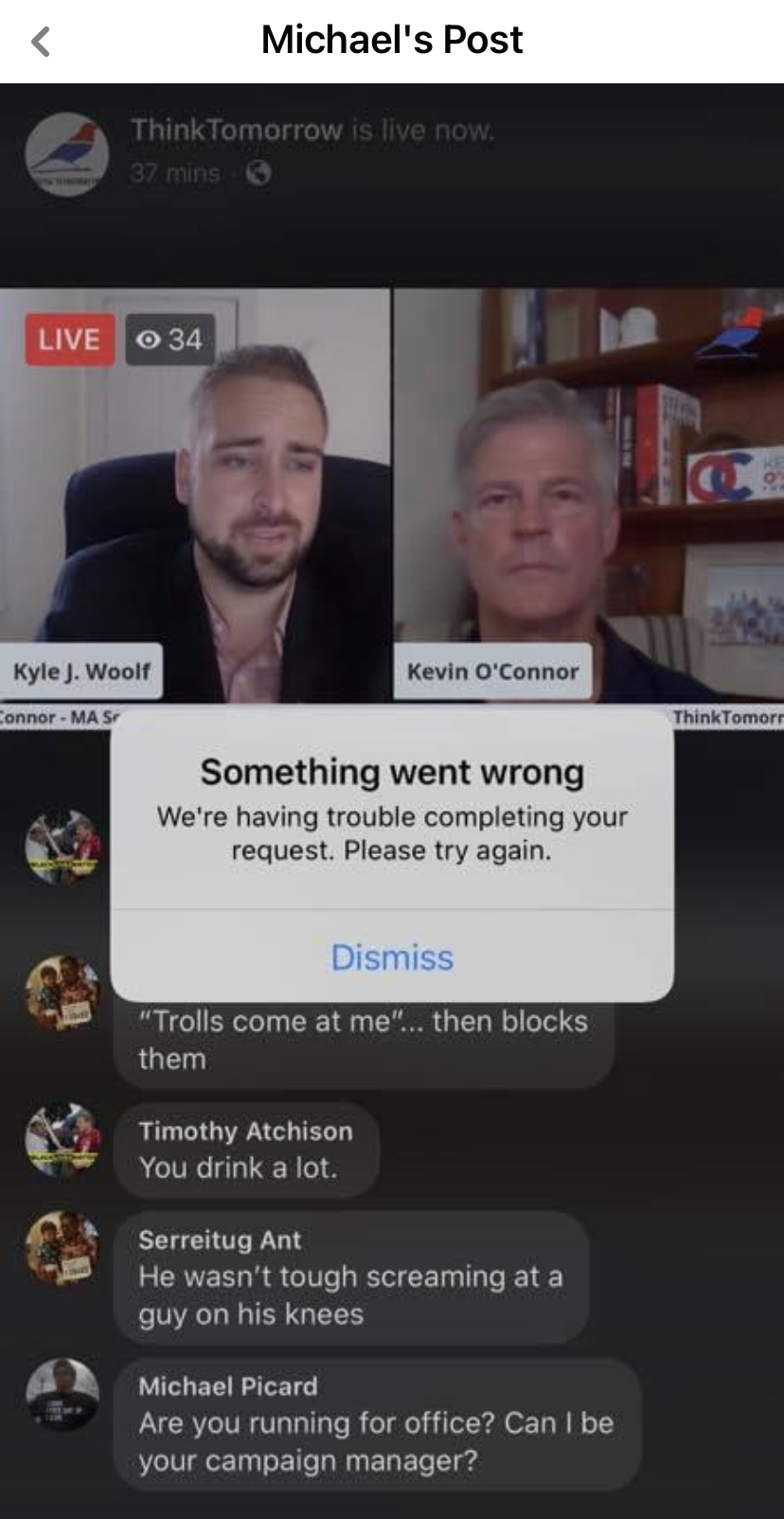 It appears from the look on Kyle’s face, that he was distressed by what was happening to him. At some point that day, Kyle blocked Michael Picard: 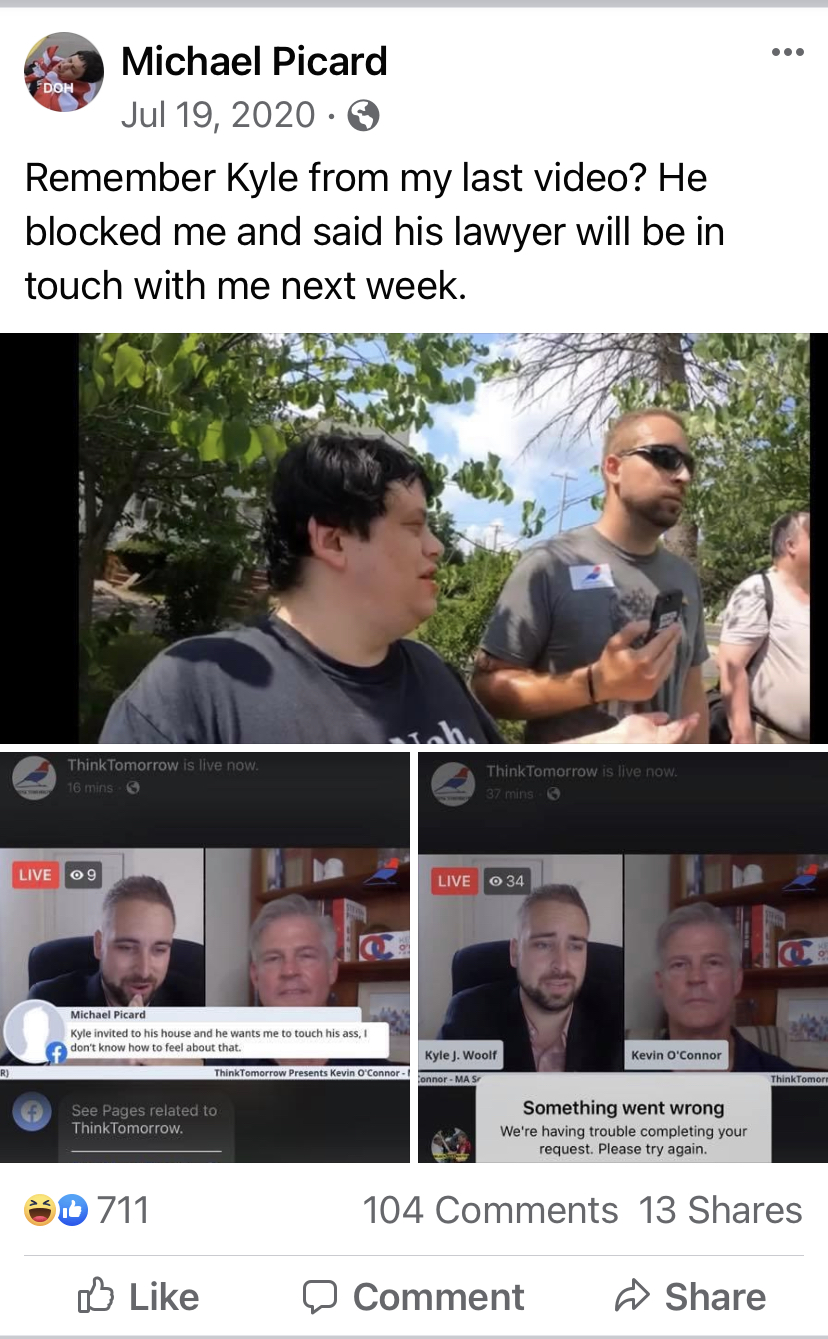 So, who is Michael Picard?  Here is what we know:
Perhaps, Michael Picard should brush up on the laws here in Massachusetts?  Laws like,

In a 2/23/19 video posted on the Predator’s ‘Shaffer Steve’ Facebook Page, the Predator states,
Let that sink in…

The harassment of Kyle J. Woolf continued up until his death.  It was criminal, could have been prevented and should be punished. Please share this article so that we can get justice for Kyle J. Woolf.

Finally, I am asking all of you to watch the video below.  The Predator made this video when he harassed Kyle and others on July 9, 2020 in Randolph, Massachusetts.  It is very graphic and difficult to watch.  You can tell that Kyle did not know what to do.  Would you have known what to do?

The Predator posted the video below to his Facebook page on July 14, 2020, with the title, “Cleetus trolls a trump rally in Randolph!” I renamed the video and posted it to my website:

Kyle J. Woolf’s Introduction to Connecticut Predator
In Part 4 of this series, you will learn what the Predator did in West Bridgewater, Massachusetts on September 8, 2020, and how the Police responded. In the meantime, thank you for the information you have been sending me. Please continue to send me any information that you have regarding Stephen Schafer, his crimes, and the crimes of his accomplices to info@diannaploss.com.  #JusticeForKyle

You can follow this story by going to these links: