Our Civilization is Falling… 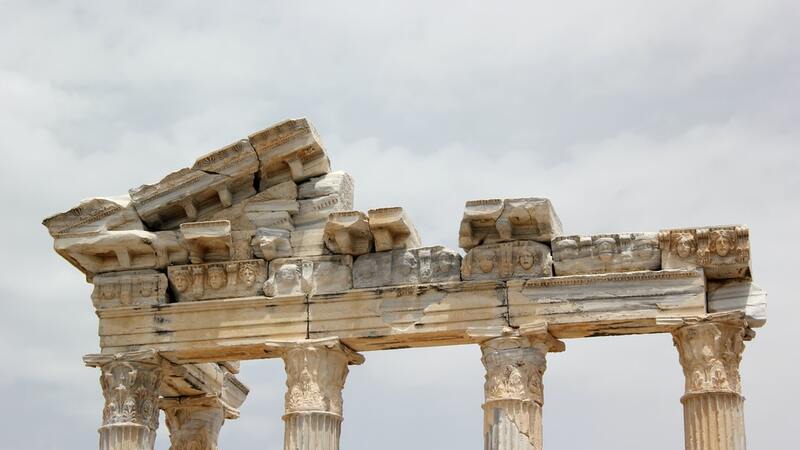 white temple ruins during daytime by micheile .com is licensed under Unsplash unsplash.com
I realize the doubt in your mind when you read the above title.  Yet, history will prove I am right.  The Christian European civilization is falling right before our very eyes and you are ignoring it.

Don’t get me wrong.  I do understand why most people have difficulty recognizing what is happening.  Both our media and our politicians are propaganda – All of it and all of them.  The goal of both is to distract you from anything and everything that might wake you from your slumber.  Think of me as the person holding your arm and shaking you to wakefulness.

Boston’s Mayor, Michelle Wu, is extorting restaurant owners via her ‘Outdoor Dining Program’ and she sicced her appointed goons on them to accomplish her dirty work.  The oldest and most historic Italian Christian neighborhood in the entire city of Boston is the only one of Boston’s twenty-three neighborhoods that is being charged for this Outdoor Dining Program to the tune of $7500 for a permit and $450 per parking space per month that a restaurant uses for this program.

Additionally, these restaurant owners are afforded less time for their Outdoor Dining permit than the rest of the city’s restaurant owners.  Mayor Wu isn’t even hiding her disdain and discrimination towards the European Christians of Boston’s North End.

Lest you think I am being dramatic, have you checked out what has happened to Christian Europe?

This video was posted three years ago.  Where do you think Christian Europe stands now?

And yes, it is entirely up to you to click on and watch the above video in order to witness the falling of Christian Europe.  Well, that is if you are courageous enough…

Now back to Boston’s North End…

Agenda 2030, the Great Reset and the Green New Deal are alive and well on the other side of route 93 in Boston, like a foreboding army ready to strike, nipping at the gate of Boston’s North End community.  Rising towers of steel and glass now loom over this tightly-knit, Italian Christian neighborhood of immigrant families who value God, their community and the United States of America.  These values built this great country.

Replacing the Christian values that built our great country, are now the values of Marxism, Socialism, and Communism all orchestrated and fomented by the Rothschild International Banking Cartel via their political puppets who control America’s government.  Their values of supremacy and superiority are thinly veiled behind their made-up ideals of diversity, equity and inclusion. All a smokescreen masking their evil agenda. 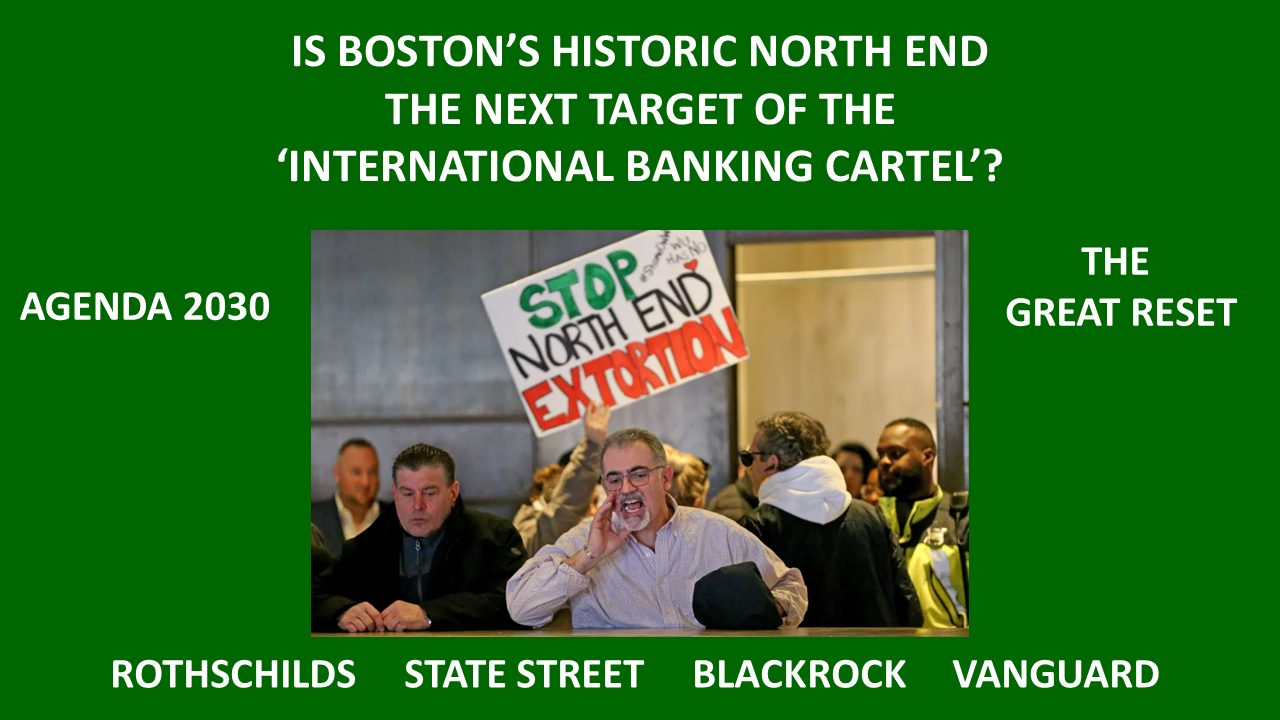 The good news is that the Christians in Boston’s North End are fighting back against the Communists.  And right now, only God knows how this will turn out.

In the meantime, it would behoove you to step away from the fake news being propagandized to the masses.  Shut off your TV.  Stop watching and sharing.
If you really want to know the truth and how Communism got its’ foothold in this world, go to sites like Bitchute and Brighteon.

Put terms into the search like: Find out about the history that got us directly to where we are today in the United States: In the throes of a Communist Takeover.

Be brave.  Stick your neck out.  Get out of your comfort zone.  Your cowardice and inability to act right now is sealing the fate of your children and grandchildren.  Yes.  This is on you.

Finally, the United States of America is the last stop on this Rothschild plan for complete control of the world via the United Nations aka ‘The World’s Government’.  Put your big toe in the water of history and soak in the history regarding what really happened that got us to this pivotal moment in time.  What you learn will help explain much and perhaps, just perhaps, you will be able to sleep better at night knowing that you did all you could to help save your children’s future…

May God Bless You and Keep You Safe.