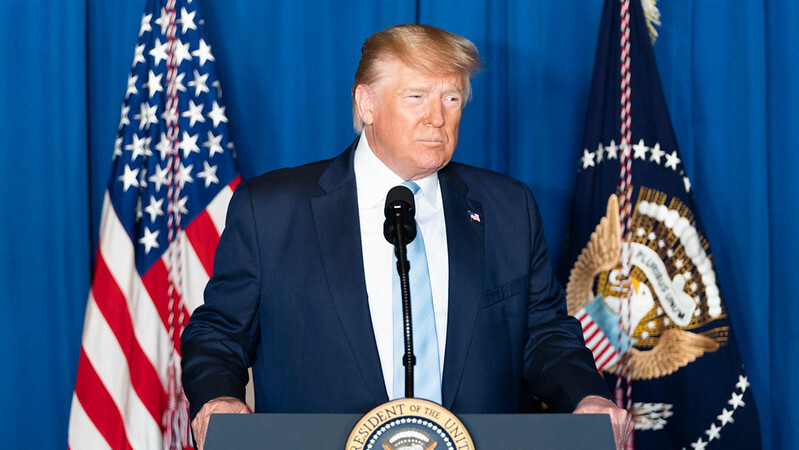 “She was over her head, and frankly she should have made the speech live, which she didn’t do,” Trump said. The president spoke about Obama’s speech during an event recognizing the 100th anniversary of the ratification of the 19th Amendment giving women the right to vote.

Obama was sharply critical of Trump claiming that he was “clearly in over his head” as president and “cannot meet this moment.”
But Trump said her speech was divisive.

“I thought it was a very divisive speech, extremely divisive,” he said.

He also noted that the speech was “taped a long time ago,” noting that she failed to recognize Sen. Kamala Harris, Joe Biden’s pick for vice president, and got the coronavirus death numbers wrong.
President Trump Delivers Remarks by The White House is licensed under flickr Public Domain Mark 1.0